Earlier this week a story aired about me on Seven Sharp, a current affairs news programme in New Zealand. It profiled me as a gay teacher working with colleagues that are also open about their sexualities and how we are supporting students with their own identities. This story is a checkpoint – not a journey or a destination. It captures that a lot of work has gone into where we have arrived, but also it is clear that there is much more work to do. 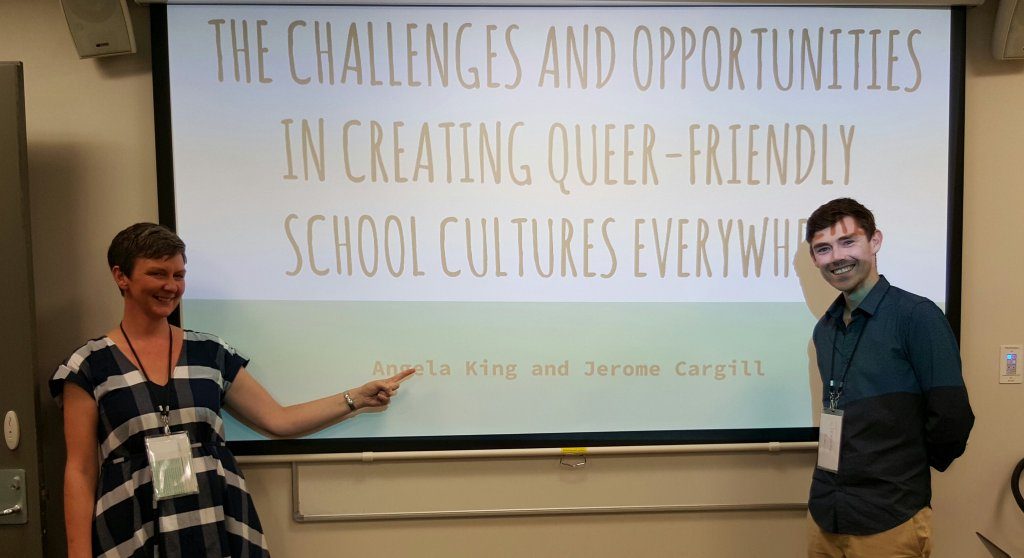 My own journey started a long way away from how I was presented in this piece. I may have come out as a 18 year old to positive responses and plenty of support, but at Teacher’s College I was knocked back. One doesn’t come out once. Every time I meet a new person I’m faced with a choice: do I say something that reveals my sexuality? Sometimes I don’t because of safety or because I don’t feel it’s worth it. But most of the time it comes up naturally enough and it’s hardly a problem. When training to be a teacher, I was faced with this decision on an entirely different level in deciding how to come out in a classroom.

As an training teacher I chose to focus on my practice and not get caught up by this. I chose not to lie, but to avoid (something that I now acknowledge is actually another form of lying). In one particular class I was being observed teaching I made a comment, or maybe a gesture, which lead to my associate teacher pulling me aside and angrily denouncing how I had flaunted my sexuality in front of the class. I was told I was being deliberately provocative and my personal life was none of the students’ business.

While this incident could have inspired me to resist such oppression and vow to never let someone stop me from being who I am, it actually did the opposite. I shrunk as a result; I hid. I entered my first teaching job with no intention of coming out – but kept telling myself I wouldn’t be lying because I just wouldn’t be addressing it.

And then I found my inspirational colleagues. They were out and proud and students knew this. Once they knew about me I began building back that confidence and gaining more strength to let me be me. This was complex given the first few years of teaching for anyone are extremely challenging as to be effective a lot of skills need to be mastered in a very short space of time. 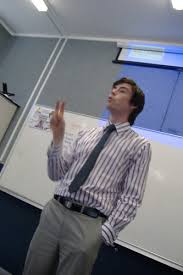 learnt about ‘othering’. When I applied for leave for the North American Out Games in Vancouver, I wrote my leave request letter to the Board of Trustees and intended to talk to the student representative about what they were going to learn about me. My colleague pointed out that outing myself to that student for that purpose was emphasising a difference that denormalised my sexuality; I was ‘othering’ my identity and making it less valid.

When I became a Dean, a student in my cohort came out to me. I don’t know whether he sensed an ally, or whether I was just in the right place at the right time, but this triggered a tidal wave of action that led to the Seven Sharp story. Some students knew, but while I was talking about diversity issues in class, I wasn’t openly discussing how they affected me. Some students clearly knew, but I hadn’t created environments where they felt like they could talk about it with me. I was still vulnerable and this had to change.

With the support of my colleagues we formally established a diversity group that met once a week with students identified through our supportive Guidance Counselor. We were small at first, but the opportunity for the students to discuss the issues they were facing together without stigmas was invaluable. Many of those students faced complex issues including not being safe at home, bullying from peers, navigating their churches as well as the difficult journey of coming to terms with their identity and being a teenager.

The next critical step was to advertise. I stepped on stage for a school assembly with my colleague, Kirsty, and we presented a message that affirmed every student’s identity. We used pictures of celebrities the students knew and told them that LGBTI+ people are all over the world, in their communities, maybe in their families, that they are in this school and “two of them are bringing this message to you today”.

This was a personally a huge step for me as I finally shook the demons that had forced me to put a foot back into the closet. It felt unbelievably liberating, like I had busted through a wall that intolerance had built, but that I had been partly responsible for.

The next phase happened very quickly. The numbers in our support group grew. The conversations in the student body about these issues became more frequent and more normalised. I joined the PPTA Rainbow Taskforce, and have begun delivering whole staff professional development sessions to schools around New Zealand on creating safe environments for all students. I also became an Executive Advisor for InsideOUT, who are a group of inspiring young people responsible for projects big and small that contribute to making Aotearoa a safer place for young people of all sexual orientations and genders. I started Rainbow Teachers NZto promote discussions and share stories. I also had the opportunity to present all this work at ILGA Oceania Human Rights Conference.

The Seven Sharp story arose when TVNZ reporter Hadyn Jonescontacted me after his story on Robbie Manson, a gay rower, got such a positive response. He emailed me with a pertinent question:

Where are all the gay teachers? Basic maths would suggest there must be hundreds if not thousands out there but I have never heard from one.  I’m guessing they must be a real beacon and example to teenagers grappling with their sexuality (as if the teenage years weren’t baffling enough). I could understand hesitancy in some of the conservative schools around New Zealand but it’s 2016 and it’s time.

The wheels began turning and the story became a reality. But it is only a checkpoint. The story acknowledges there is so much more to do because this is not representative of most New Zealand schools. In fact, there is a lot not said in the story that I feel is important:

And finally, the way the story was handled by the presenters, Mike Hoskings and Toni Street, just emphasised how important this work is. Hoskings comments that inferred gay teachers have an association with deviant and sexually inappropriate behaviour was wildly off the point. It potentially did harm by undermining the messages of the story.

My hope is that this story is seen by students and staff across New Zealand, and that we can start making genuine change. There are so many positive pockets of best practice. But it’s time that this best practice becomes the norm. The policies that sit in behind what schools do need to ensure that LGBTI+ students are supported for the good of all students. Only then can we turn around the embarrassing statistics that simply show what we are doing at the moment is just not good enough.