Having recently completed the Ambition School Leadership: Future Leaders programme, Chris Richards was appointed Deputy Headteacher at Villiers High School in Ealing at Easter, 2017. Chris oversees the quality of teaching and learning and is also raising standards leader for the school line managing all core subjects. Chris trained as a Modern Languages teacher in 2007 at the Swansea Institute for Higher Education and has a Masters degree in Educational Leadership and Management. This is his story:

Having completed my first five years of teaching in South Essex, I was ready for some diversity and moved to a South London school in 2012. In my previous school, I was “out” to my colleagues, but it wasn’t really something the LGBT+ staff ever discussed with students other than in PSHEE lessons and they certainly didn’t refer to themselves. This was quite different to the experience of many heterosexual colleagues who had photos of their significant other or children on their desks and openly discussed them in class.

I was really happy to find an ethnically diverse student and staff body on arriving in London and really enjoyed getting to know them better. I was initially a little apprehensive about coming out to colleagues, but it soon became apparent I was in good company and there was an active LGBT working party which arranged opportunities for students to march in London gay pride, did outreach work with local primary schools and, most excitingly, celebrated LGBT History Month (www.schools-out.org.uk) A year or so before I’d arrived, they arranged an assembly where a number of colleagues talked about their experiences of being gay. I thought this was incredibly important and, the year I arrived, they decided to repeat the concept and many of us recorded a short interview about our experiences of coming out. Standing in assembly when this was played, I can remember my heart being in my mouth just before my section of the recording and couldn’t look at the students in the audience while I heard my words echoing around the hall. There seemed to be no negative reactions during the whole of the assembly however, and one of the most touching moments in my teaching career was when some of my year 11 boys came to find me afterwards telling me how great it was that I’d done that; that they hadn’t known but, as far as they were concerned, nothing had changed. This was indicative of a really harmonious community despite its ethnic, religious and social diversity. Over the five years at the school, we did several similar assemblies and even recorded a music video on the theme of “I am what I am” for the outgoing Principal as she’d been so accepting of all students and teachers. This didn’t mean that we had eradicated homophobia, however, but regular staff training and working with students who had expressed homophobic attitudes helped ensure the school community was well educated on the issues.

It was with a degree of sadness that I left this job to move on to a school in West London where I’d been appointed deputy head teacher.  Would the staff and students be as accepting? Would the parents be accepting? How would the community react? I made sure to drop “husband” into conversation with staff at regular intervals and remember a conversation early on about “Orange is the new black” with one of the students who expressed how similar I was to one of the male characters and she said “but he’s gay, so…” and I replied “oh, that’s one more thing we’ve got in common then!”. What seemed like hours later (though it was probably milliseconds) she said “Oh, that’s cool!” and we’ve continued to talk about the latest Netflix arrivals since! This certainly gave me a bit of confidence that the students would be accepting.

What the new school lacks currently though is visibility; my old school was plastered in the Stonewall “Some people are gay” posters and teachers had stickers on their desks etc. I decided to take a chance and, at the end of term, charged with the task of talking about the spirit of adventure in an assembly, I mentioned, among other things, getting married to my best friend last year and put up a picture of us on our wedding day. Once again, as I came to the slide, I could feel my heart beating ninety to the dozen, but knew there was no going back. I got to the end of the assembly and received rapturous applause. Students have continued to behave as normal towards me, but the positive comments received from a huge number of staff members have been incredibly encouraging. One staff member, also a parent of a student in the assembly, has said how much it meant to her son to hear that and I guess that’s why I decided to “take the risk”. Whilst inwardly, it may feel like a massive challenge to “bear your soul” to a room full of people, it’s incredibly important to do it. Young people need to see that LGBT+ people exist; they live, love, study and work with them; LGBT+ people contribute; we share a lot in common. I wish I’d had teachers who were “out” when I was growing up; to have seen that it was “okay to be gay” would have meant an awful lot to me as a confused teenager. I’m looking forward to making LGBT+ lives more visible in my current school and feel heartened by the reactions I’ve received so far. 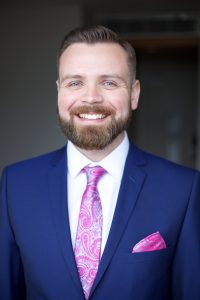